A Service Bureau Speeds up Production with an NXE 400 Fleet

When it comes to SLA 3D printing and engineering services, Bruce LeMaster has more experience than most. In 1996, he founded Applied Rapid Technologies using an early 3D Systems stereolithography machine to produce customer parts. Fast forward to today, and ART is now a division of Obsidian Solutions Group – a major government contractor with military contracts approaching $1BN USD. In addition to the US Military and Tier 1 defense contractors, ART provides engineering and manufacturing services for a wide array of commercial businesses from medical device companies, to sporting goods manufacturers, and even entrepreneurs who are inventing new products. 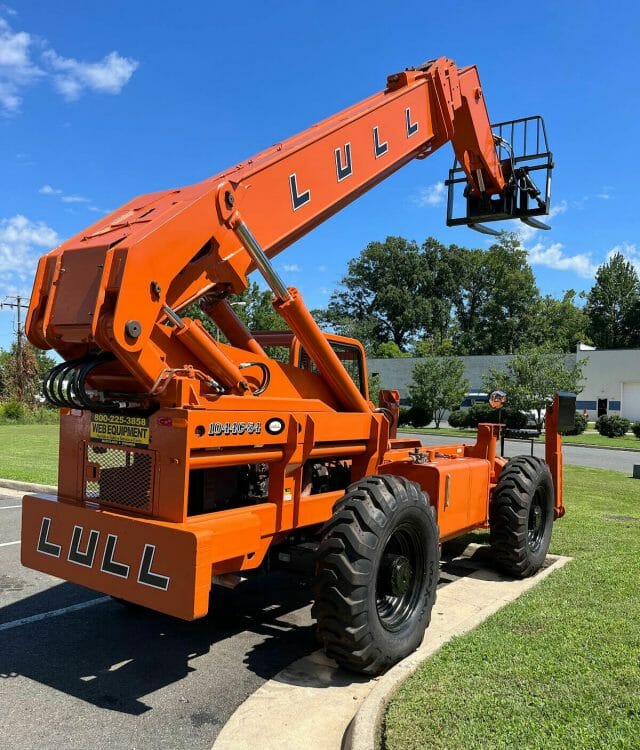 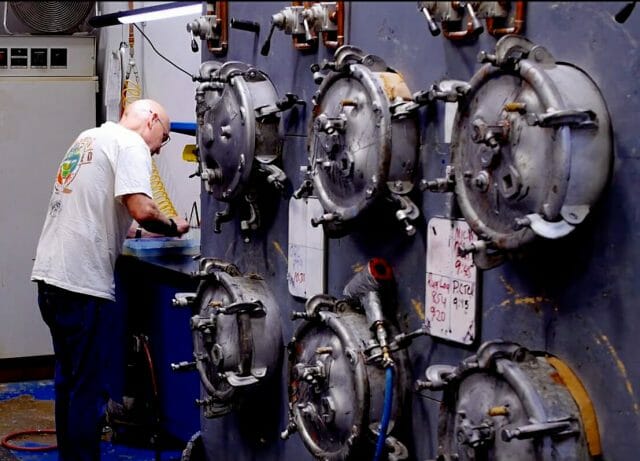 While additive manufacturing has been at the center of ART’s business since the beginning, today about half of the end products they produce are not 3D printed, but cast urethane. Casting in urethane has allowed ART to produce low cost plastic parts – such as buttons and toggle switches – with a quick turnaround.

It is a very hands on process that takes a minimum of 24 hours per mold, requires a significant amount of labor, and the end result is a mold capable of up to 25 parts depending on the material being cast. That said, the effort appears worthwhile based on the high demand from their customers – “Our cast urethane is about 50% of our business right now and we’re almost maxed out,” says LeMaster.

In addition to urethane, ART follows a similar 24 hour process for silicone molding. With such high demand, LeMaster and the team at ART were all but maxed out with a very real cap on the volume of projects they could take on. 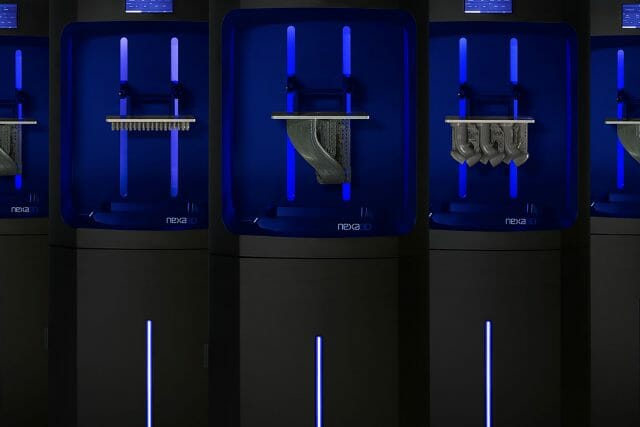 Once the team at ART realized the potential of Nexa3D’s LSPc® technology for producing parts they immediately invested. “We were going to get one NXE 400 and we ended up getting three of those in April 2021. By the end of 2021 we had purchased two more NXE 400s and one NXD 200, and in June [2022] we purchased two XiPs,” recalls LeMaster.

At the crux of the investment in the NXE 400 3D printers is throughput. “Typically with cast urethanes on some of our faster parts we’re cycling parts 3-5 times a day so if I need 25 pieces I’m looking at 5 days of casting and cleanup. With the Nexa3D printers I can often print all 25 pieces in an hour or two and then clean up… it’s just so much faster than the cast urethane process. It really is a no-brainer when it comes to speed.”

“Recognizing the speed at which these parts could be built, I started looking at it as an opportunity to divert cast urethane projects from our business over to 3D printing.”

The Additive Process with NXE 400

While cast urethane is still used in some situations where extremely high finish is required, the process is more costly and takes significantly longer than using the NXE 400 printers, and that is the reason the team at ART is transitioning as many projects as possible to additive manufacturing using their NXE 400 fleet of printers.

While throughput is great and all, these are still resin 3D prints so aren’t they too brittle to be used as production parts? LeMaster smiles at this question – one that he’s gotten throughout his career, “Over the years the concern has always been that resin parts were not as functional long-term as technologies like FDM and SLS, but over the past 10 years resins have gotten better across the board, and the resins we’re using on the Nexa3D machines are hands down some of the best we’ve come across.”

As you would expect, with such a variety of customer projects, ART requires a variety of high performance materials, “We’re using pretty much all of the Nexa3D materials right now. We’re heavily focused on the xABS, the xCE Black, and the xFLEX – those primarily are our go-to materials, but we also use xPP405 and xPEEK among others.”

LeMaster elaborated on his amazement at how well some of the Nexa3D resins are holding up, “The xCE Black is a very production-worthy material. The buttons that we’re making for these joysticks [in xCE Black] are parts that are all sitting out in the sun – on a hot day you can get 120-140°F sitting in the sun baking. These parts have not flexed or moved at all. The xFLEX has [also] performed well outdoors, we’ve not seen any degradation. We don’t have any studies yet, but over the past year those parts have held up well in an industrial environment.”

Additionally, ART has found another use for high performance resins within their manufacturing process, “We found [xPEEK] to be particularly good for tooling applications, we’ll use that to make actual tools for cast urethane or silicone (not just patterns).” This removes one additional, time-intensive step that is normally required with the SLA printed patterns within the urethane casting process.

One of ART’s industrial customers supplies parts for the industrial lifts that can be seen by the dozen on every major construction site. Some of these lifts are 30+ years old and the OEMs no longer make replacement parts for them. 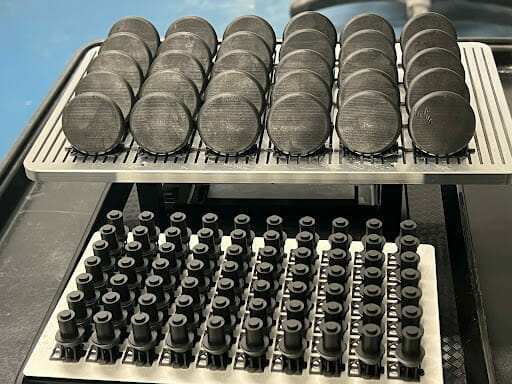 “These machines last forever it seems like, but when they do fail the parts are no longer available. Our customer is in the business of providing those parts to refurb shops all across the country. We have been reverse engineering a lot of these parts and 3D printing and cast urethaning them. And they’re using those out in the field on those industrial lifts. The buttons that we’re printing, that’s a fairly simple one, but the rubber boot that goes over the button we’re using the xFLEX – we just completed 200 pieces there. We can print 70 per plate in about 2 hours and 15 minutes. Our customer has been selling these in batches of 25, so they go through them pretty quick. The feedback has been tremendous, they love these parts, and now we’re looking for more opportunities where we can reverse engineer other parts and print them on the Nexa3D machines.” 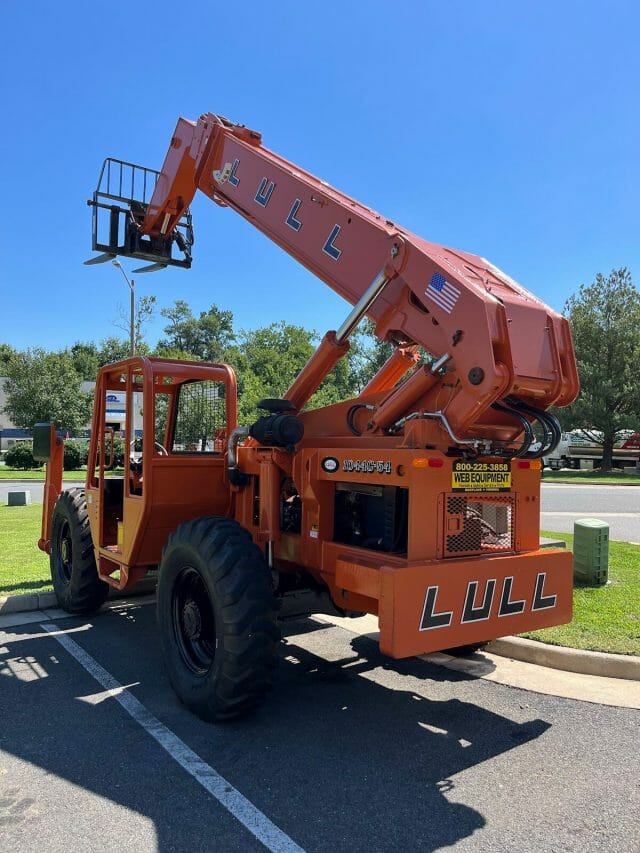 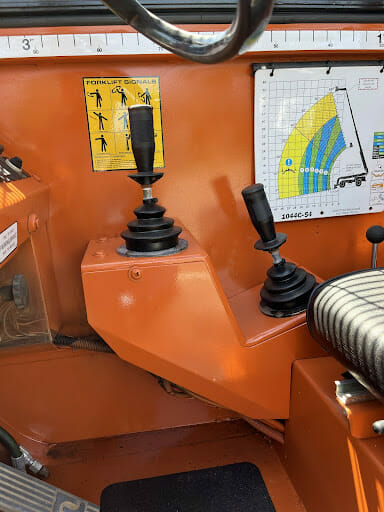 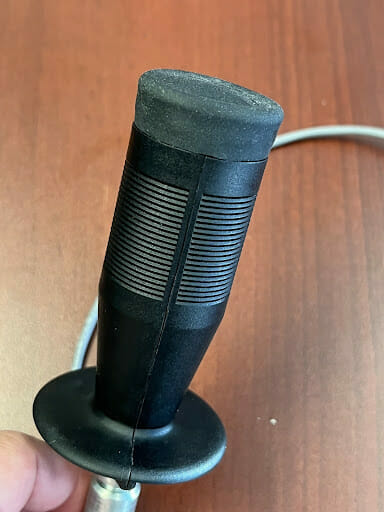 Hard buttons and soft caps and boots are reverse engineered and printed by ART in Nexa3D xCE and xFLEX materials to be installed on boom lifts in the field.

ART (and now Obsidian) has the benefit of over two decades of 3D printing and manufacturing experience, and it’s safe to say that they’ve built a business that is flourishing with a long list of satisfied, repeat customers. That said, LeMaster is always keeping his eyes on the horizon for the next thing that can give his customers the best possible experience while giving ART an edge over the competition, “Being a service provider with the Nexa3D machines – having 8 of them online now – just gives us more flexibility to take on projects and turn them around quickly. For years we called this industry rapid prototyping, it’s sort of morphed into additive manufacturing, but to be rapid is still a big part of this business. If I can get a job in today, print it overnight, and ship it out tomorrow, that’s a big benefit to our customers. Having a fleet of Nexa3D machines online here gives us more capacity to turn those jobs around very quickly.”

“The sheer speed, if I want to print a 5 inch tall part on a traditional stereolithography machine I’m looking at minimum 6 hours, with the Nexa3D machines I’m printing some of the faster resins in as little as an hour and a half.”