When traditional 3D printing technology failed to keep pace with the production speed of machine building business VUTS, the company turned to long-time partner Industrial Technology Systems s.r.o to find the answer. The solution was an NXE400 ultrafast 3D printer from Nexa3D, which created time and capacity for VUTS, while providing a strong competitive advantage. 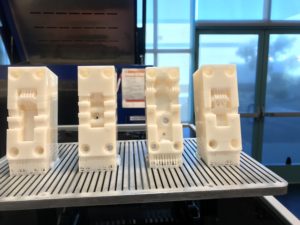 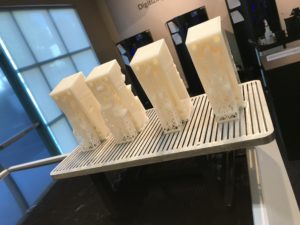 Czech company VUTS produces and develops specialized single-purpose machines for the automotive, textile and food packaging industries. Founded in the 1950s, the company operates under the motto “We build your machines”, offering a comprehensive set of services to its customers as part of that.

The company’s machine building process starts with innovative research and development (R&D), before its team designs a machine unique to the customer’s needs. VUTS will then assemble the machine in-house and integrate it into the customer’s site.

VUTS was an early adopter of conventional filament and resin-based 3D printing technologies. For many years, the R&D team has relied on additive manufacturing to conveniently produce prototypes, alongside some end use parts. 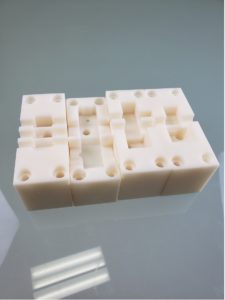 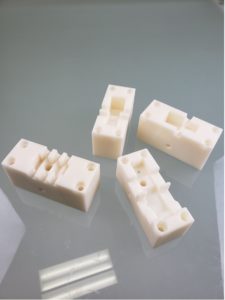 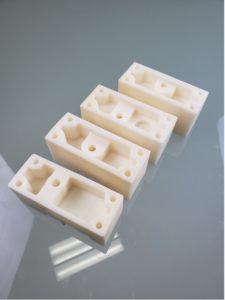 Though useful to an extent, traditional 3D printing technologies could not keep pace with VUTS’ production of machines. Delays while parts were printed caused hold ups in the expedition of near-complete products, which were forced to sit in the production hall while the team waited for components to finish 3D printing.

To overcome this challenge, VUTS contacted its partner Industrial Technology Systems (ITS) s.r.o, tasking it to procure a 3D printer that could dramatically reduce lead times. ITS started out as a software reseller, before moving into 3D printing to support its customers to print products in-house. It became a Nexa3D reseller after seeing the value of its ultrafast product. When approached by VUTS, Industrial Technology Systems identified the Nexa3D NXE400 as uniquely capable of accelerating VUTS’ production to the required speed.

“Nexa3D’s platform has a clear differentiator to other printers — speed,” explained Filip Erdeljac, director of sales and business development at Industrial Technology Systems.

“Speed is a common request from our customers, who often struggle to find a printer that meet their demands. Being a Nexa3D reseller is pretty incredible, as it means our customers can produce multiple parts in under an hour!”

“The speed and build volume of the NXE 400 meant VUTS could fully equip an entire machine with a set of disparate 3D printed grippers and fixtures in a few hours, sometimes even less,” added Erdeljac. “This task previously would have required multiple print jobs over several days. In another example, the NXE 400 printed an entire set of four components in a fraction of the time it previously took to print just one part using conventional 3D printing.”

“Equipped with the NXE400, VUTS will save an enormous amount of time, enabling it to jumpstart its research and development,” explained Michele Marchesan, chief growth officer at Nexa3D. “The machine makes it possible to compress the R&D phase by several days, so VUTS can brings products to market more quickly. This offers a huge advantage over its competitors, who simply cannot make parts in the same time frame and will therefore lose out on opportunities.

“To support the customer’s success, Nexa3D worked with Henkel to develop a specific material,” added Marchesan. “What’s amazing is that the resulting combination of high productivity and affordable material costs combine to match injection molding economics. There really is no other technology like it.”

The removal of speed and size constraints has also allowed VUTS to discover new applications for 3D printing. VUTS is now producing larger 3D printed parts than before. In addition, the reduced workload for the team freed up their time to work on other projects, as well as created capacity for machines to produce spare parts for their customers.

We use cookies on our website to give you the most relevant experience by remembering your preferences and repeat visits. By clicking “Accept”, you consent to the use of ALL the cookies.
Do not sell my personal information.
Cookie settingsACCEPT
Manage consent